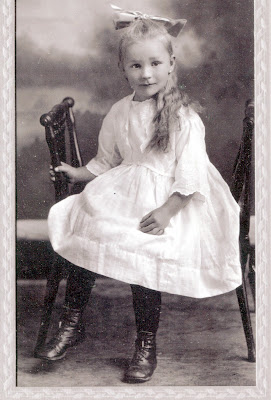 I have some sad news. The sister of my great grandmother, Florence Besson Ballew passed away on September 24, 2009 at the age of 91. My great grandmother, Emogene Besson Borgstadter was the oldest of twelve children and Florence was the youngest. Emogene was 30 years old when Florence was born. I haven't written about this line of my family before, but now more than ever, it seems appropriate.
Between 1888 and 1918 (30 years) Louis had three wives and twelve children. My great grandmother Emogene was the oldest (her mother was Sarah Jane Solomon) and Florence (her mother was Polly Caroline Tippett) was the youngest. 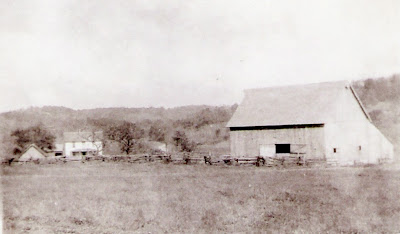 All twelve children grew up on a farm in Wood Township, Douglas County , Missouri. Louis had immigrated from Germany and became an American Citizen on 3 September 1895. The very next day, he went to the land office in Springfield, Missouri and plunked down $50 ($1.25 per acre) for forty acres of land - The Northwest Quarter of the Northwest Quarter in Section 33, Township 27 , North of Range 12, West of the 5th Principal Meridian. 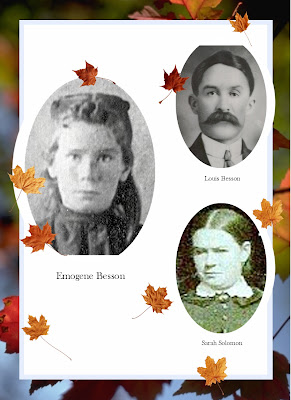 Wife #2 was Nora Ella Sallee who was only 17 years old when she married Louis on 18 September 1898. Nora gave Louis four more children and died one month after giving birth to the fourth child on 27 August 1907. 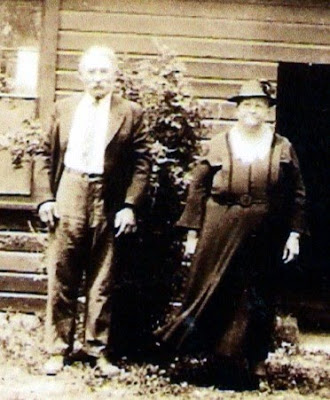 Wife #3 came along three years later. Louis married Polly Caroline Tippett on 26 October 1910. Polly gave birth to four children bringing the total to an even twelve.
I have contact with a few of the descendants of wife #2 and #3. They had some wonderful stories to tell me about wife #1, my Sarah that Louis had related to them when they were children. I'll share a few that touched my heart.
Louis loved Sarah heart and soul, he never got over her death. During their courtship he brought her a present every day. The presents were pieces of china. Sarah agreed to marry Louis but she told him only after she had a complete set of china. Louis bought Sarah a rocking cradle for their first child, my grandmother Emogene. That cradle rocked all 12 Besson children and it is still in the family to this day.
All of the Besson family are buried in Clifty Hall Cemetery in Wood Township, Douglas County, Missouri with the exception of my great grandmother Emogene who is buried with her husband in Ottawa County, Kansas. When Florence's husband died, she purchased a headstone for herself and had it engraved with her name, date of birth and the words "Youngest Original Besson." After she passed away, Florence's family flew her home and were present when the monument company came to inscribe the date of death for the Last Original Besson. 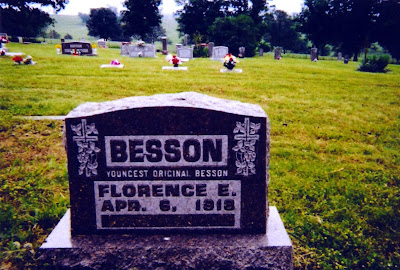