6 Generations of my Maternal Line 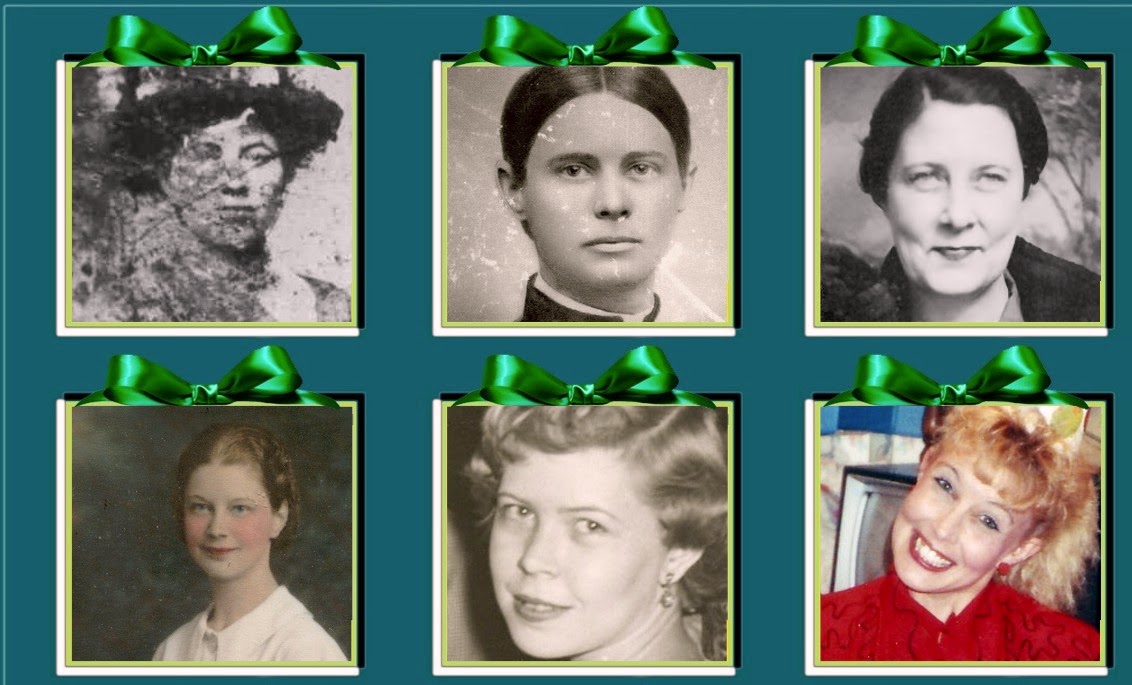 Today, over at the Olive Tree Genealogy Blog, author Lorine McGinnis proudly showed off 6 generations of her maternal line.

I am fortunate to have photos of 6 generations of my maternal line to show off as well.

My 3rd great grandmother is MARGARET DILKS.  She was born 16 May 1839 in Pittsburgh, Alleghney County, Pennsylvania to Arthur Dilks and Margaret Bowman.  On 28 August 1855 in the same city, Margaret married David Robinson, a recent Irish immigrant.

Their daughter, my 2nd great grandmother, LAURA CORDELIA ROBINSON was born 12 June 1862 in Pittsburgh.  The family moved to Des Moines County, Iowa the next year.  David became the blacksmith in Dodgeville which is located outside Burlington.

It was there that Hazel married Hillary T. Harris on 4 November 1915 in Iola, Allen County, Kansas.  They moved across the county line to Bronson, Bourbon County which is where my grandmother, MARY ELLEN HARRIS was born on 29 September 1916.

The Harris family moved to Garnett, Anderson County where my grandmother graduated from Garnett High School in 1934.  The day after graduating, Mary Ellen and her best friend packed a bag and went to Wichita where they both became employees of Fred Harvey as "Harvey Girls."

In 1935, when my grandfather, Darrell Kenneth Skillman, graduated from Garnett High School, he went directly to Wichita and brought my grandmother back to Garnett where they were married on 4 November 1935.

Their oldest daughter is my mother who married my father and it is from that union that I am here today.
3 comments: