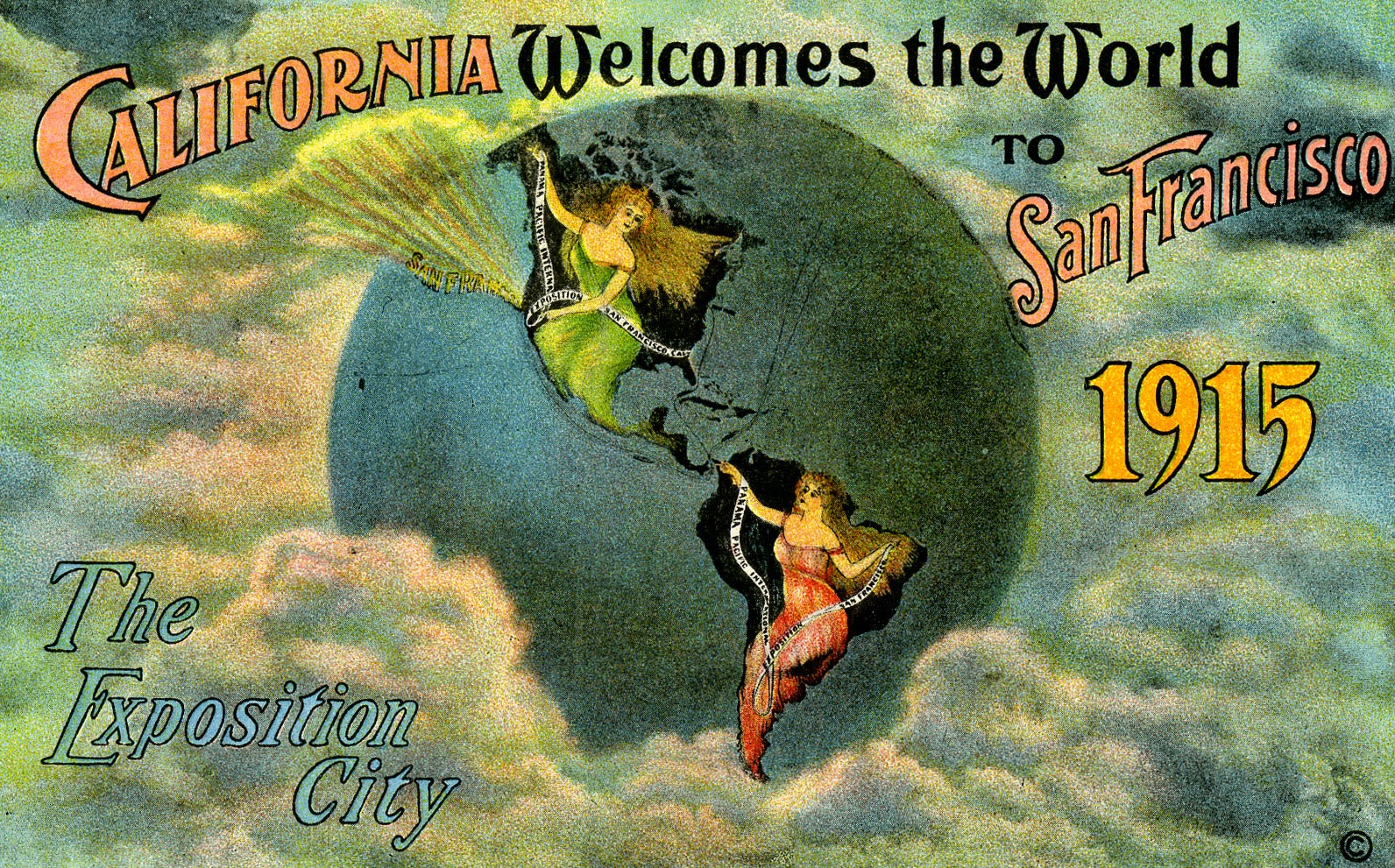 One hundred years ago, San Francisco was the site of the Panama Pacific International Expo.  It was held to celebrate the completion of the Panama Canal and the rebirth of San Francisco after the devastating earthquake in 1906.  Eleven exhibit palaces sat on 635 acres of land on the San Francisco waterfront. Twenty-nine states had pavilions on display. The outbreak of World War I caused many foreign countries to withdraw from the Exposition but 25 still managed to send exhibits for their pavilions. 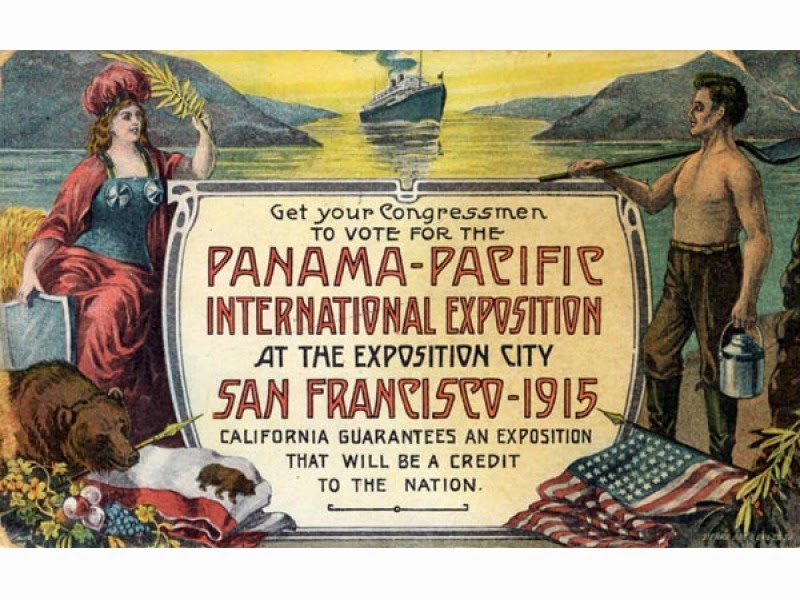 19 million people visited the Expo during its run from February to December in 1915.  It was the only World's Fair / Expo that was entirely funded locally. The Bay Area had an abundance of wealthy residents. When New Orleans’ exposition committee announced in early 1910 that it had pledges of $200,000 to make a fair happen, San Francisco’s elite responded with a gala at the Merchants Exchange where $4 million was pledged. By the time the House of Representatives was prepared to choose between the two cities in January 1911,  San Francisco guaranteed a world’s fair with $17.5 million in civic and state funds to get things started. New Orleans couldn’t come close to matching this amount. San Francisco was awarded the right to hold the 1915 exposition. 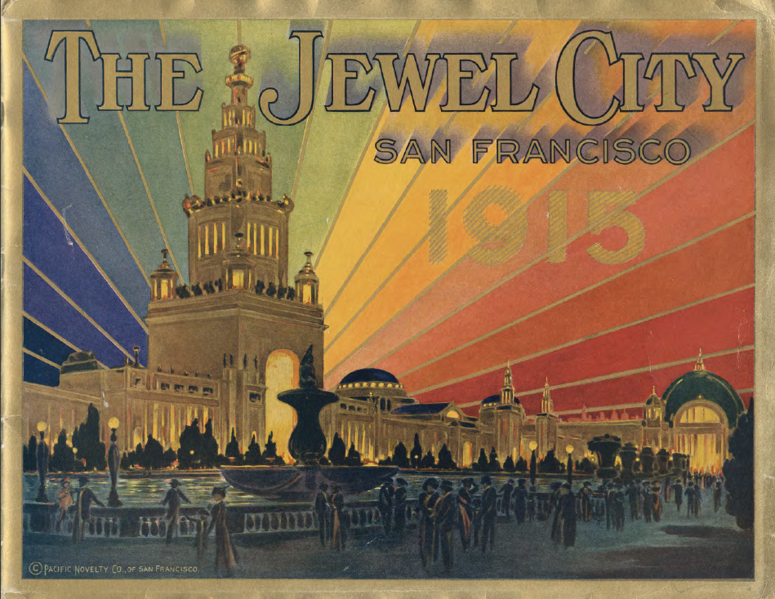 The ten major exhibit halls formed a large rectangle surrounded by several courtyards. The Exposition's most spectacular structure was the Tower of Jewels, which occupied the center of the large rectangular area. Standing 43 floors high, the Tower's exterior was decorated with more than 100,000 glass beads of various colors, which were strung on wires so they would blow in the wind. To enhance their shimmering effect, tiny mirrors were placed behind the beads. 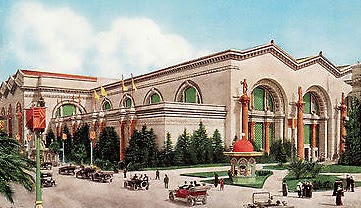 On the east end of the rectangle stood Machinery Hall. Its enormous eight-acre interior was so large that an airplane could fly through it. With three bays each 75 feet wide, 101 feet tall and almost 1000 feet long, was the largest wooden structure in the world for its time. In the Palace of Transportation, a Ford motor plant produced 18 cars a day, displaying the marvel of the assembly line. 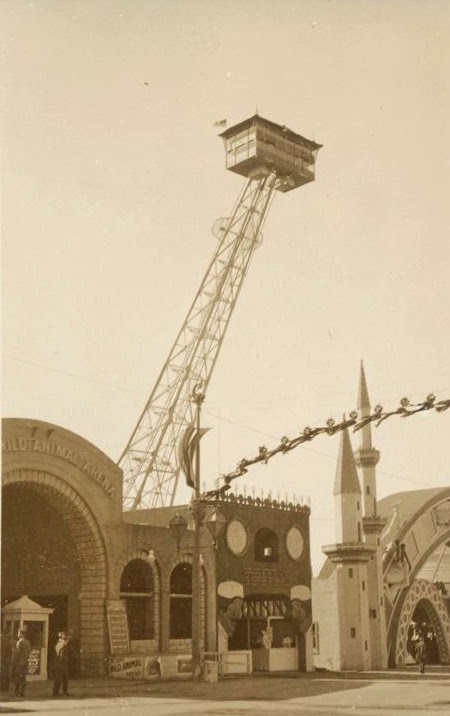 In the Joy Zone,  one could find the Aeroscope.  For 25 cents, fairgoers entered a two-level, 120-person passenger car attached to the end of an enormous steel arm that was slowly raised by an enormous counterweight to a height of 235 feet. For 10 minutes, visitors had spectacular views of the fairgrounds and city.  There was also a five-acre model of the Panama Canal itself, demonstrating the locks and trains which guided ships between the two oceans. Visitors rode around the model on a moving platform, listening to information over a telephone receiver.


The first transcontinental telephone call was made minutes before the official opening of the Expo.  The historic call was initiated by Alexander Graham Bell who was in New York and included Theodore Vail, the president of the American Telephone and Telegraph Company in Jekyll Island, Georgia, President Woodrow Wilson in the White House and Bell’s assistant Thomas Watson in San Francisco. 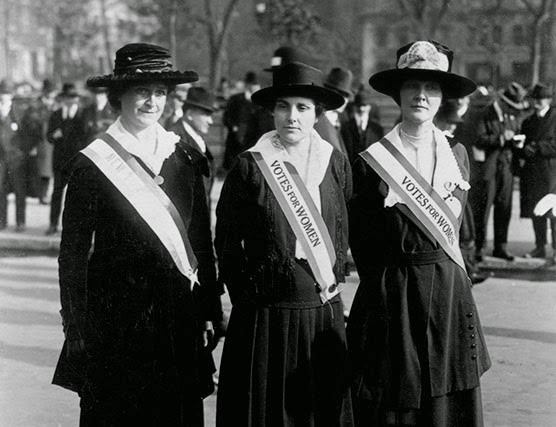 The first ever Woman Voters’ Convention in the world occurred in September of 1915 at the Panama-Pacific International Exposition.
No comments: