Who were the parents of Nancy A. McGee who was born 6 January 1846, married Remalih A. Brisendine 27 September 1863 in Putnam County, Missouri and died 18 January 1911 in Webster County, Missouri?

R. A. Brisendine, Nancy's husband, was the informant on her death certificate.  He named her father as Andrew J. McGee but did not know where he was born nor did he know the name of her mother. 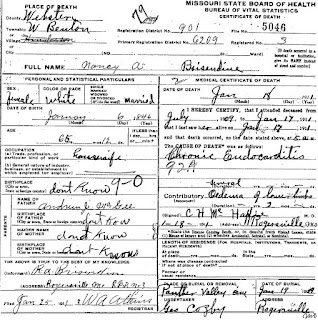 In 1860 Nancy (14) is living in the household of her older brother William McGee (27) and siblings George McGee (16) and Sarah McGee (12).  Nancy and her siblings are all born in Indiana.

A marriage record was found for Jackson McGee and Phebe Carmichael who were married 10 May 1832 in Monroe County, Indiana.

A probate record was found for Sterling Carmichael in Monroe County, Indiana, which names as one of his heirs "Phebe McGee, late Phebe Carmichael who intermarried with And McGee." 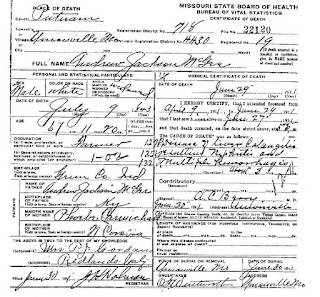 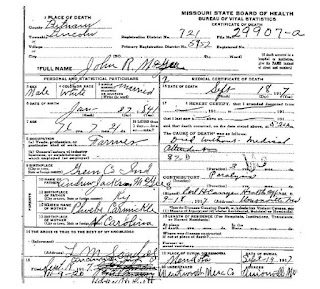 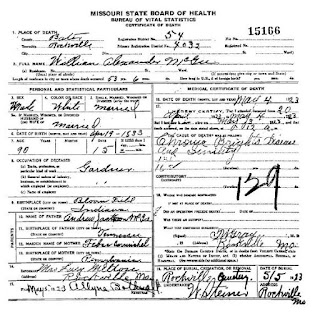 The parents of Nancy A. McGee Brisendine were Andrew Jackson McGee and Phebe Carmichael.