The 11th Edition of Smile For The Camera is all about Brothers & Sisters. Were they battling brothers, shy little sisters, or was it brother & sister against the world? Our ancestors often had only their siblings for company. We are asked to show those photographs which we feel best describe a sibling relationship.
I had no problem choosing which photos to use for this edition. My grandfather and his older brother - Darrell Kenneth Skillman and Paul Frederick Skillman. The boys were the only children of Fred Wilson Skillman and Pauline Sheern (Yes she is named after her first cousin, once removed - Pauline Sharon/Helen Hunt).
Paul and Darrell are two years apart in age, but they were inseparable while they were growing up and they remained very close even after each married and had their own children. 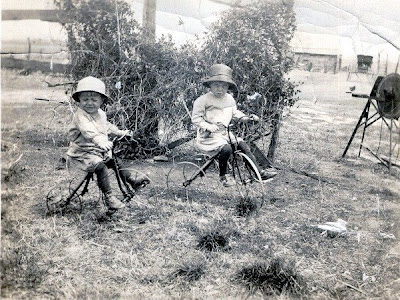 The photo above was taken about 1919 in Altoona, Wilson County, Kansas. The boy on the left is my grandfather Darrell and the boy on the right his brother Paul. Take a look at those tricycles wheels - no rubber tires. Darrell is about 2 1/2 years old and Paul about 4 1/2 years old when this photo was snapped. 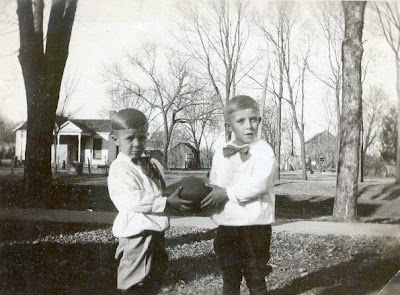 The photo above is circa 1923 in Altoona, Wilson County, Kansas. Again, my grandfather Darrell on the left and his brother Paul on the right. Darrell is about 6 years old and Paul 8 years old when this was taken.


It is the photos below that are my most favorite of all. Darrell married my grandmother - MaryEllen Harris - in 1935. Paul married his wife Irene Ayers in 1935. They each had their first child the following year. A girl for Darrell and Maryellen and a boy for Paul and Irene.

The occasion was so special that a 4 generation photo was taken for each of them. 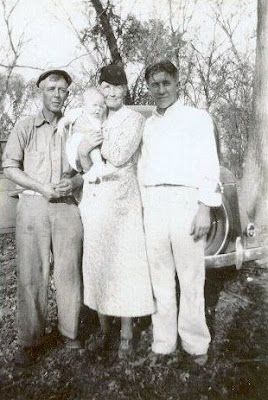 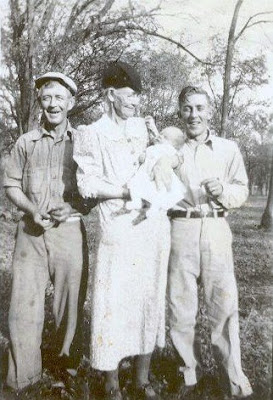 [Note: The names of the first born children are withheld because they are still living]