Indexing for FamilySearch and Ancestry are very worthwhile projects to volunteer your time.

But if we're honest, it can get boring.

I found some other projects that need volunteers.  Unique and interesting projects.

The Boston Public Library needs help transcribing their collection of handwritten correspondence between anti-slavery activists in the 19th century.  The Boston Public Library's Anti-Slavery collection—one of the largest and most important collections of abolitionist material in the United States—contains roughly 40,000 pieces of correspondence, broadsides, newspapers, pamphlets, books, and memorabilia from the 1830s through the 1870s.

The Parochial Archive Project
This paper based archive, which is housed at the Royal Netherlands Institute in Rome, contains handwritten and typewritten transcriptions of Dutch and Flemish (plus some German) nationals who lived in Rome from the 1550s until roughly the 1700s. They are looking for help transcribing for use in a database.

The Smithsonian Digital Volunteers Transcription Center has over 40 different projects going on.  Just a couple of them:

ROUZEE FAMILY PAPERS: RECORD OF TAXES ON PROPERTY, INCLUDING ENSLAVED PERSONS, OWNED BY JOHN ROUZEE, OCTOBER 17, 1812
This collection of financial papers relate to the plantation operations of several generations of the Rouzee Family in Essex County, Virginia. The papers date from the 1790s through 1860.

Crowd Sourced Indexing
Just a few of the many ongoing projects:

1869 Hungarian Census from the shtetl of Horlyo.
Bukovina Telephone Directory for the year 1909.
New York City Marriage Indexes
Birth index from the town Herta, once Romania and currently Ukraine. These list covers the years 1928-1929.

The Newberry Library - Transcribing Modern Manuscripts
Uncover everyday life during the 19th and early 20th centuries by transcribing letters and diaries.   Transcribe letters, diaries, journals, and other material from the Newberry’s Modern Manuscripts Collections, a repository of American manuscripts from the mid-18th through the 20th centuries. The materials comprise a range of items, including letters exchanged by three generations of an immigrant family, the Everetts, and the Civil War diaries of Private Ferdinand Kilbourne, of Covington, Pennsylvania.

The Archives of Michigan - Naturalization Index Project
Is pleased to announce the launch of a digitization and indexing project to make naturalization records from nearly 70 Michigan counties freely available online. In a partnership with FamilySearch, and with the support of the Michigan Genealogical Council, the Archives of Michigan is asking you to help transcribe key genealogical information from the records. Once completed, the collection – including both the images and index – will be freely available only at Seeking Michigan.

Operation War Diary
The National Archives in England has digitised the war diaries of the units under the command of the British and Indian cavalry and infantry divisions on the Western Front. The war diaries are made up of a variety of different types of pages, including cover pages, title pages, orders, signals, maps, narrative reports and the main diary pages themselves.  They need help transcribing these diaries.

Citizen Archivists at NARA
With the help of our virtual volunteers, we are increasing online access to the historical records of the National Archives. Join us! You can help crowdsource metadata and information about our records through tagging, transcribing and adding comments in the National Archives Catalog. 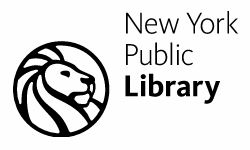 The New York Public Library needs help transcribing 19th and early 20th century real estate records from the Emigrant Savings Bank.  Emigrant Bank was founded in 1850 by members of the Irish Emigrant society to serve the needs of the Irish immigrant community in New York. In its early history, the bank grew to become the seventh largest bank in the nation, and it made major investments in the growth of New York City by underwriting loans for such important initiatives as the construction of St. Patrickís Cathedral and a public works project that ultimately became Central Park.

By participating in Old Weather: Whaling, you’ll be helping to advance research in multiple fields. Data about sea ice and other weather events are useful to climate scientists, while historians value knowing the course of a voyage and the events that transpired on board. You might even discover something that takes everyone by surprise. We hope you’ll join us on this exciting dive into maritime history!

Help scientists recover the Arctic and worldwide weather observations made by United States ships since the mid-19th century by transcribing ships' logs. These transcriptions will contribute to climate model projections and will improve our knowledge of past environmental conditions. Historians will use your work to track past ship movements and tell the stories of the people on board.

Washington State Archives invites you to become "honorary archivists" through the transcription and indexing of historically important records in Washington State.


So what are you waiting for?